Days of twine and roses: The World's Biggest Ball of Twine of Cawker City, Kansas 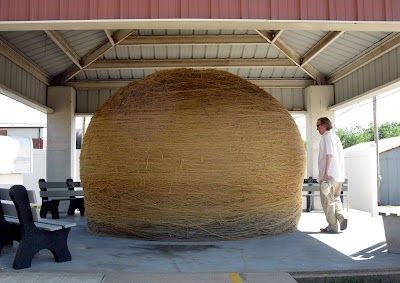 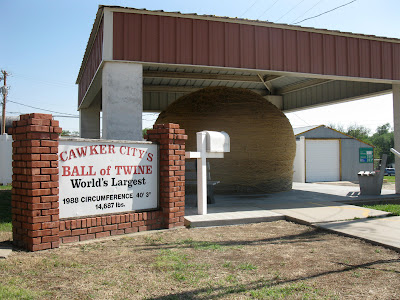 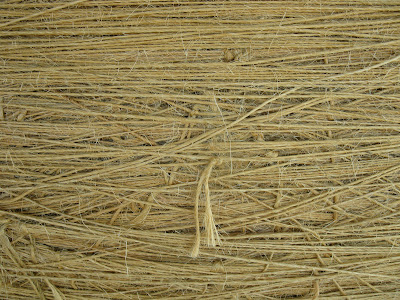 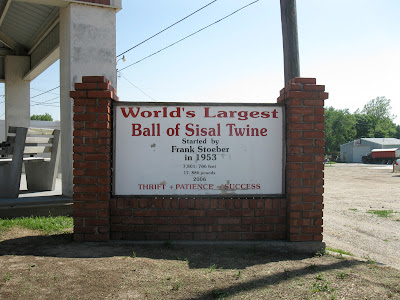 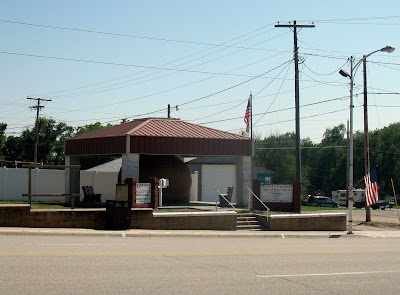 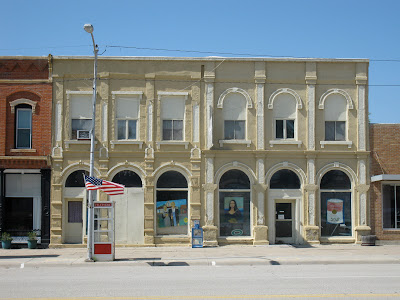 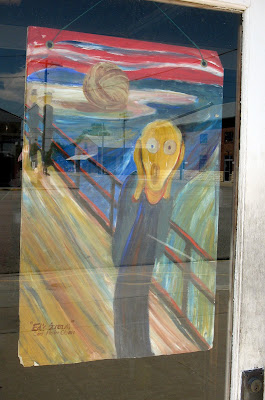 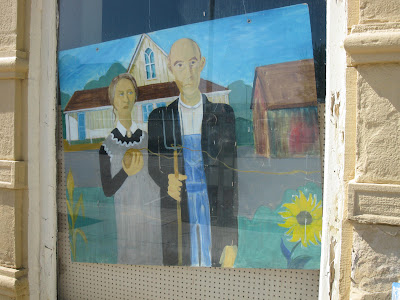 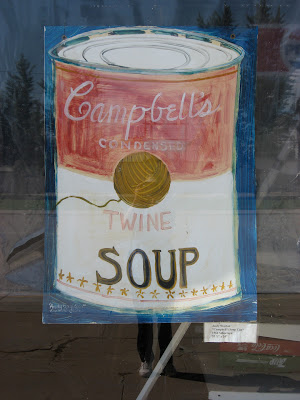 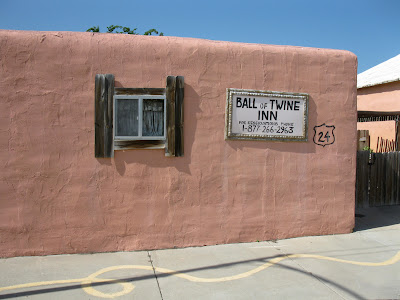 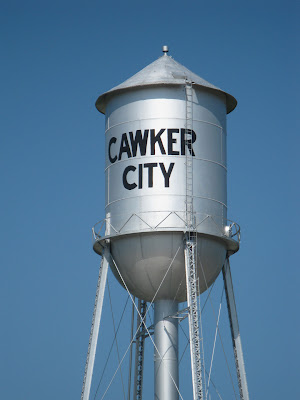 Cawker City is named after a fellow who won a poker game to decide the town's name.
I've often used the phrase "the world's biggest ball of twine" as a generic label for any really eccentric roadside attraction that makes an awesome feat out of something mundane. It wasn't until recently, though, that I actually got to see one of the actual world's biggest balls of twine (there's more than one, depending on who you believe), which makes its home in the small north central Kansas town of Cawker City. A Mr. Frank Stoeber, a local farmer, started the twine ball with odd bits in 1953 and within four years he had a ball that weighed 5,000 pounds and stood 8 feet tall. In 1961 he gave the ball to Cawker City and at the time of his death in 1974 the ball was 11 feet tall and contained 1.6 million feet of sisal twine (sisal being an agave plant that yields a stiff fiber). To keep the ball growing and its place in the record books, Cawker City holds an annual Twine-A-Thon every August where the public is invited to add odd bits of twine to Mr. Stoeber's overgrown baby (string and yarn are prohibited and rules are strictly enforced). Today, the ball sits under an open air gazebo (its second after outgrowing the first) complete with park benches to meditate on its magnificence. As of September 2009, the ball weighed over 9 tons, has a 40-foot circumference and over 1500 miles of twine -- enough to reach either coast from the heartland of Kansas, or wrap up an awful lot of brown paper packages.

And as if that wasn't enough, Cawker City did something even more wonderful. In the windows of the melancholy downtown abandoned storefronts are parodies of art masterpieces such as The Mona Lisa, The Scream and American Gothic, all containing balls of twine. Local artist Cher Olsen has painted over 40 of these gems that delight with every passing glance, making Cawker City one of the eccentric roadside wonders of the world. To twine own self be true.
Posted by Gunnar and Sherry at 1:59 PM

I love how the town embraces 'the twine'. We went in off season last year and went looking for the souvenir shop which moves to the front foyer of a nearby resident during the 'off twine' months. Her grandson stands on the stairs trying to hawk his latest work of art for fifty cents while you try to decide between the ball of twine magnet or the ball of twine frame - we got both.

And... the geographical center of the United States is not far away in Lebanon, KS. There's a really tiny chapel there.

Hey eb!: We went to the "off-site" location for souvenirs too because we were there on a Sunday (although it's hard to picture things picking up in C.C. much during the week). Wonderful souvenirs! We also went to the geographic center in Lebanon...a future post for sure!

I love reading your yarns.

Thanks, Steph! Will the puns never cease? I'm a frayed knot.

Sounds like you had a marvelous twine! A hahahaha! I like how the whole town embraces their twine-y fame. I also like how it has its own gazebo with benches for twine meditation!

Thanks, Amber. We had the twine of our lives!

You've got a point there, Bill. It could all be a hoax, like that moon-landing thingy. It really SMELLED like 1500 miles of twine that had been exposed to the elements for 50-plus years, though.