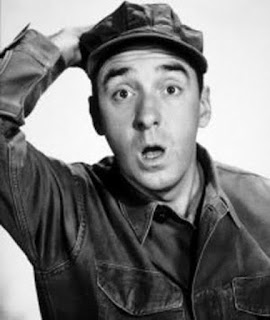 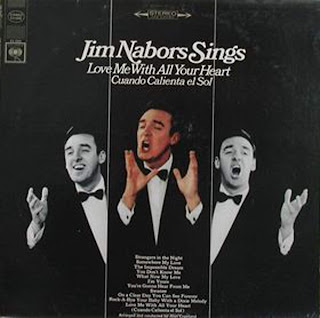 Jim has also had a successful career as a singer with an incongruously beautiful baritone voice. 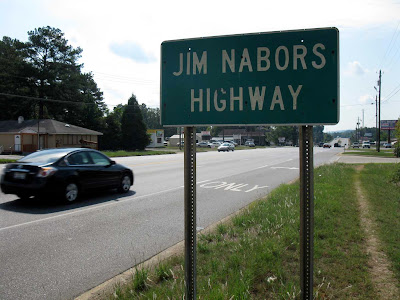 They're proud of Jim in Talladega County, where they've named Highway 280 after him. 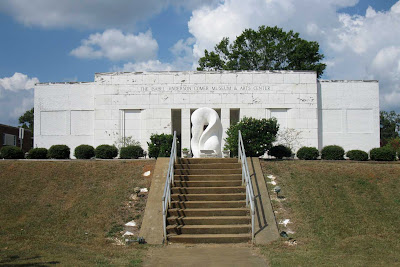 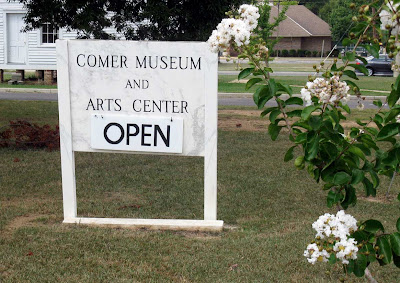 ...and the sign said they were open (lovely magnolias, too)... 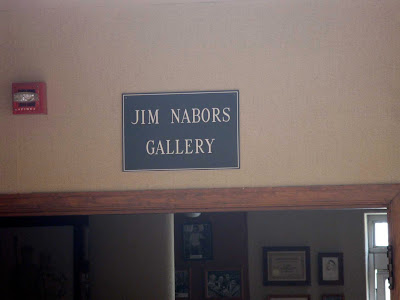 ...but alas it was not meant to be. Here's what I saw through the window. 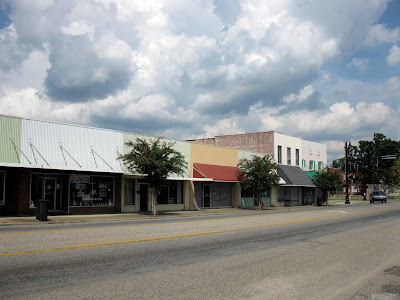 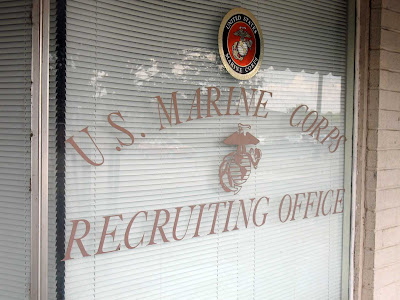 ...where, appropriately enough, there is a U.S. Marine Corps recruiting station... 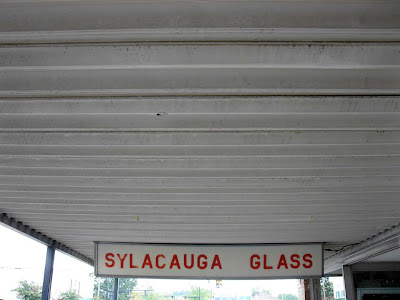 ...as well as a variety of prosperous businesses and houses of worship. 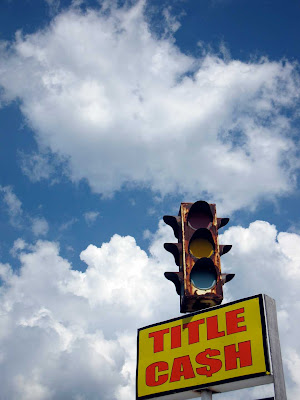 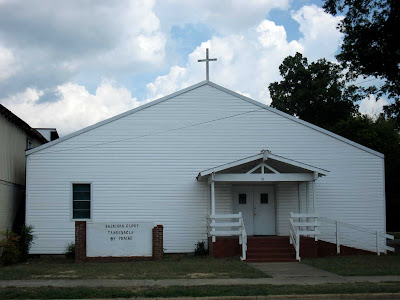 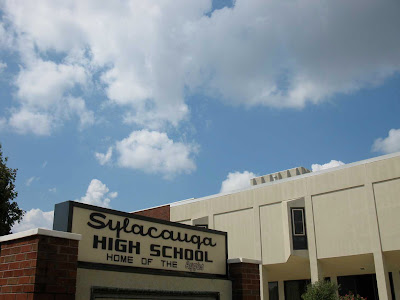 Jim went to to high school in Sylacauga... 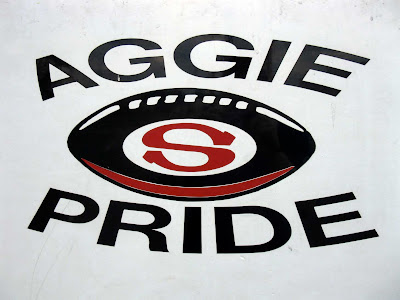 ...home of the fighting Aggies.

It's always nice when someone from a small town hits the big time. Grand Island, Nebraska has their Henry Fonda; Wallace, Idaho has their Lana Turner; and the central Alabama town of Sylacauga has TV's Gomer Pyle himself, the great Jim Nabors, as their home town hero. I took a ride through Sylacauga last September to take in its small town Southern ambiance. Unfortunately, I picked a day when the Isabel Comer Museum and Arts Center, which houses a Jim Nabors gallery full of memorabilia, was closed...one of the hazards of traveling to out of the way places with good things to see. Oh well, it's still a nice place to take a stroll and smell the magnolias. Jim was born and grew up in Sylacauga and sang in the high school glee club. Later, he moved to California where he created a nightclub act that featured a slack-jawed Southern simpleton character and was seen by Andy Griffith. This was the inspiration for his signature character on the Andy Griffith Show, filling station attendant Gomer Pyle. Dimwitted but good-natured, Gomer was then spun off into his own show, Gomer Pyle, USMC, with the sublime Frank Sutton as blustering Sgt. Carter ("PY-Y-YLE!"). Gomer became such a part of the pop culture that he can be heard on Pink Floyd's The Wall album and he's referenced in Stanley Kubrick's dark military drama Full Metal Jacket. Jim also had a successful singing career and recorded many albums with his unlikely operatic baritone voice. He continues to perform concerts today and has sung "Back Home Again" at the start the Indianapolis 500 auto race 30 times. He's got his own website which reports he has been made an honorary Lance Corporal by Gen. James Jones, Commandant of the U.S. Marine Corps.

Posted by Gunnar and Sherry at 7:45 AM

I remember as a child how stunned I was to hear Gomer sing! How could such a hayseed sound like that? But, the whole Pyle thing - sheer genius showed by television execs to realize that one backward country nitwit wasn't enough - there has to be room for two! Yes, the Pyle family gene pool is a bit shallow, what with Gomer and Goober. Who else is at the Holiday table - Auntie Gobbler and Uncle Guzzler?

...and their friends Gabby Hayes, Gummo Marx and Gemma Plumbing!