Semi-conscious: Trucks seen along the way 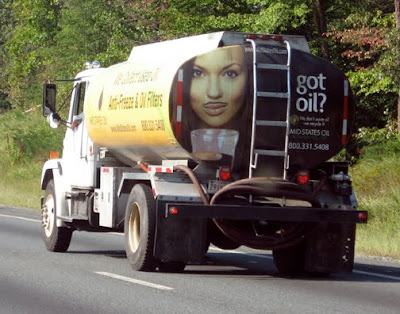 Is she supposed to be drinking home heating oil?
Probably the weirdest truck advertisement I've ever seen. 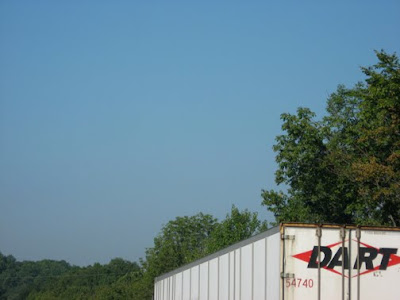 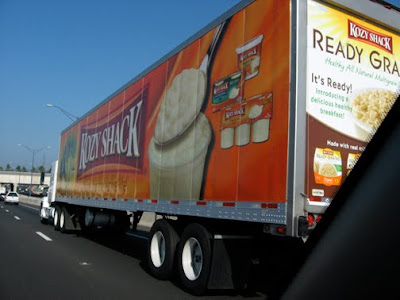 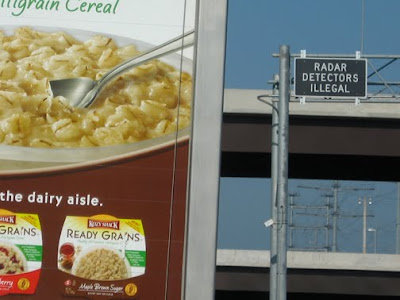 Don't even think of using a radar detector, Mr. Kozy Shack Driver Man
You see a lot of trucks when you're on a roadtrip and to borrow a line from the great Ray Stevens, they're all beautiful in their own way. They make for good pictures out the car window when you're a little bored or stuck in traffic. 10-4, good buddy.
Posted by Gunnar and Sherry at 3:29 PM

Well seen. You have an interesting blog!

Thanks for stopping by, Linda!