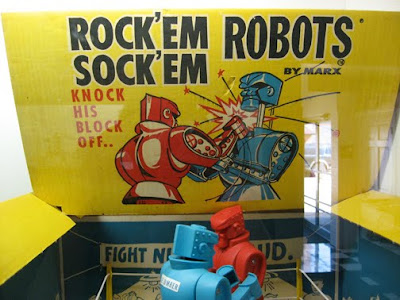 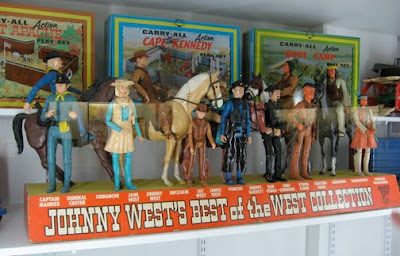 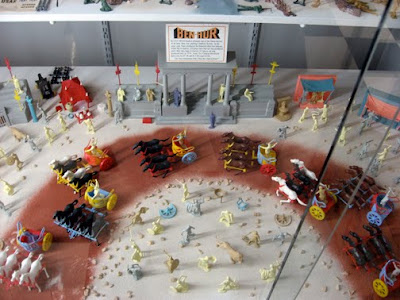 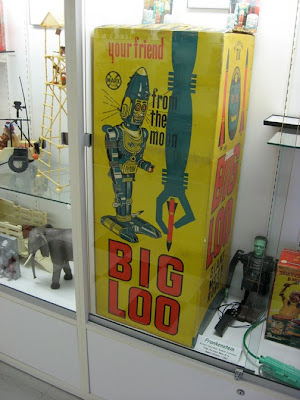 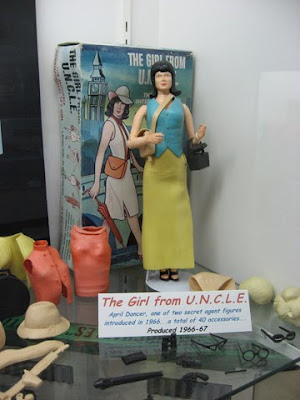 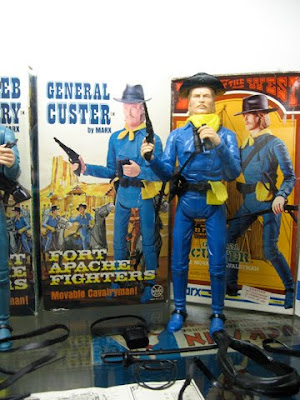 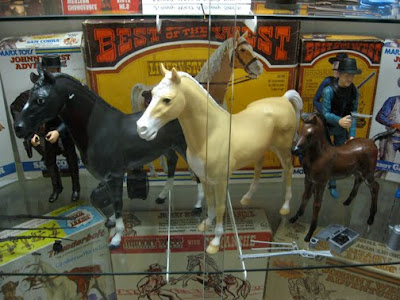 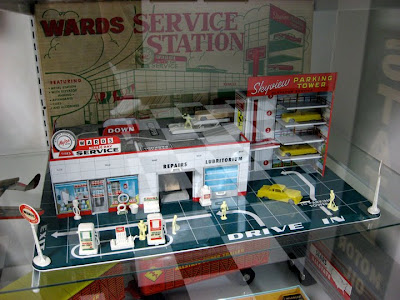 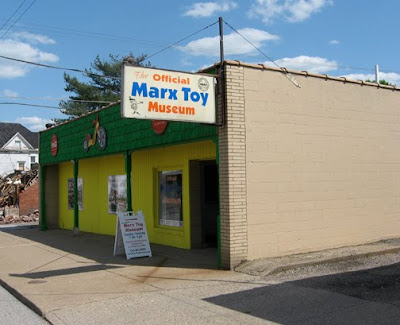 If you grew up in the fifties and sixties, you probably played with or watched TV commercials advertising Marx toys. They specialized in plastic figures, including Johnny West and a cadre of Wild West action characters, Big Loo, a space age robot, and the Rock 'em Sock 'em Robots ("hey... you knocked my block off!"). The little northern West Virginia panhandle town of Moundsville (there really is a mound there) is the home of the Marx Toy Museum. In it you will find toys and artifacts from the 1920-70s. It's all the collection of one man and his son, Francis and Jason Turner. None of the toys have been restored; rather, they all look like they've been stashed in an attic or basement for the last half-century, waiting to be put on display in their slightly worn condition. It makes sense to have the museum here, as the nearby town of Glen Dale once hosted Marx's biggest factory. By the 1950s, Louis Marx was the world's most productive toy maker and he even made the cover of Time magazine in 1955. Unfortunately for the local people, he sold the company in 1972 and by 1980 it went out of business. I think my favorite relic on display was the "Ben Hur" action set. Any objet d'Charlton Heston is tops in my book. In fact we give high Marx (p.u., that pun is awful) to the whole place.
Posted by Gunnar and Sherry at 8:16 AM

Your post brought back a lot of memories, thanks for the smiles...

I always thought Marx had the best commercials. I had to go to youtube and sure enough...

Search for "Great Garloo". It's fantastic!

The Great Garloo...what a hoot! Love the kitschy production values. You had to have some pretty wealthy parents to fork over $17.95 back then.

I'd love to go see this museum. Gosh, I'm missing out on seeing so many danged things. You see, my husband and I have raised up almost all 6 of our kids. we still have 2 at home and they're teens. We one day want to drive to road accross america and see all of these places. We really couldn't ever afford to do any travelling when the kids were all home and the thought of taking them all on a long road trip was frightening in more ways than one. Anyhow, I feel like I may never get to see some of these things. If I wait until I'm old...well then, I'll just be old and maybe I won't be healthy enough. If I don't go soon I may never get too. We are considering maybe doing it with the children all as adults. Love your posts.