They like their cuckoo clocks big in Wilmot, Ohio...really big 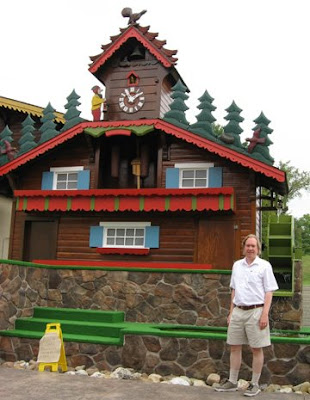 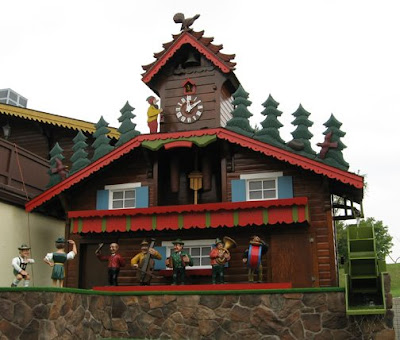 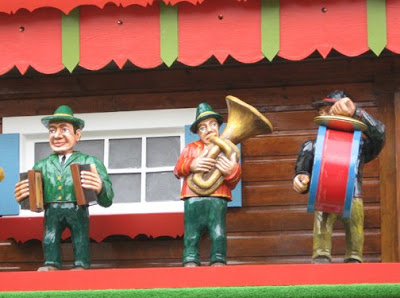 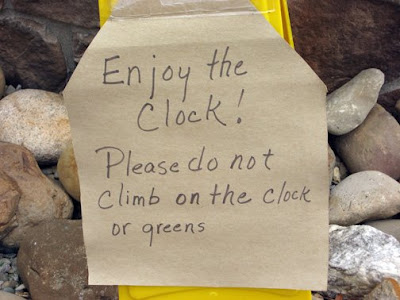 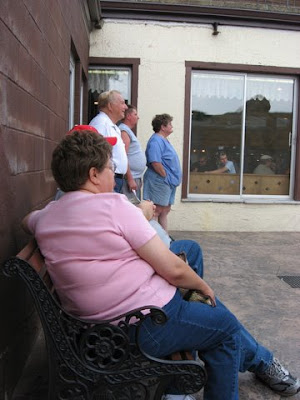 The masses throng to watch, enthralled.
Grandma's Alpine Homestead is a fine restaurant/tourist trap in the Amish Ohio town of Wilmot that boasts the world's biggest cuckoo clock. This bit of bravado is a little bit controversial in large cuckoo clock circles, as a Michigan town makes the same claim. It would have to be a pretty darn big one to beat Wilmot's timepiece, though. We stopped by in 2007 and were lucky to view the clock in a newly refurbished luster. According to roadsideamerica.com (the bible, if you ask me), 16 volunteers spent 80 hours painting, varnishing and regrouting this tribute to German-Swiss timekeeping that would make a Swiss Miss cry in her cocoa. Hampton Hotels also coughed up $20,000 for the clock's on-going care (cuckoo! cuckoo!). Our visit's timing was excellent. After a little browsing in the gift shop we made our way to the patio for a recital featuring Old World characters doing their cuckoo clock shtick as the clock struck. You'd be cuckoo if you didn't stop and see this. Here's some more info: http://www.roadsideamerica.com/tip/1008
Posted by Gunnar and Sherry at 4:53 PM