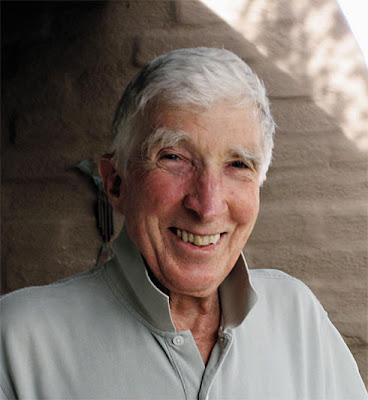 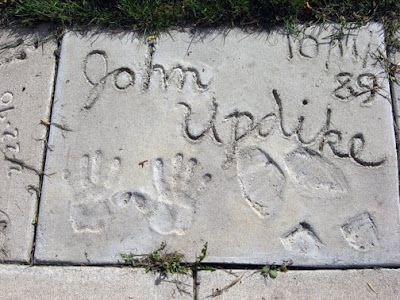 The acclaimed writer John Updike died last January 27 at the age of 76. He crossed our Eccentric Roadside universe on our 2006 roadtrip and we are a little late in paying tribute to him, but better late than never, so here goes. Even though he was a two-time winner of the Pulitzer Prize and one of America's foremost literary figures, he wasn't too big for his britches to sign his name in concrete at North Dakota's Fargo Walk of Fame in 1989. His block sits proudly next to REO Speedwagon. Gob bless you, Mr. Updike. Rabbit is at rest.
Posted by Gunnar and Sherry at 11:56 AM