No more calls, we have a wiener: Some hot dogs seen along the way

It was National Hot Dog Day the other day and we'll be frank with you, we relish the opportunity to play ketchup and look back on some 'dogs we've seen while rolling down the open road. Please take a moment to see if these cut the mustard. 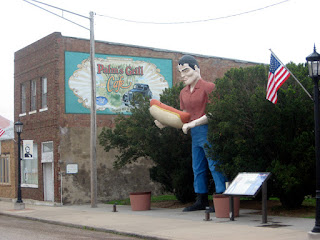 This brat-armed muffler man stands watch over Atlanta, Illinois on Route 66. Read our post about him here. 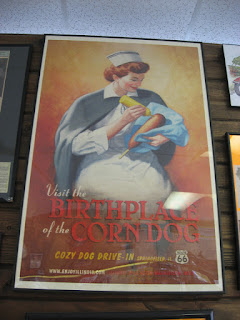 The Cozy Dog Drive-In of Springfield, Illinois claims to have given birth to the corn dog, and they've got this whimsical poster to let you know... 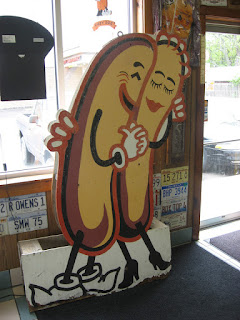 ...and an awesome married couple of hot dogs as their logo. Read about them here. 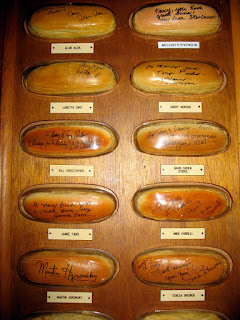 Tony Packo's of Toledo, Ohio has their walls covered in autographed facsimilies of hot dog buns (Burt Reynolds started the tradition). Toledo native Jamie Farr of TV's "M*A*S*H" mentioned Packos in an episode or two of the show, and the entire cast signed buns seen here. 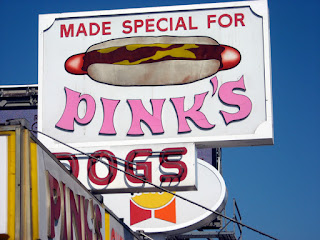 Pink's of Los Angeles is where the celebrities like to mix with the common folk whilst dining on dogs. Here's our post. 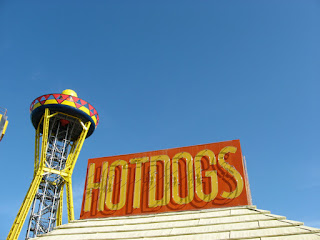 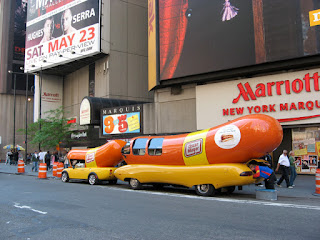 We saw not one but three Oscar Meyer Wienermobiles in New York City's Times Square of all places... 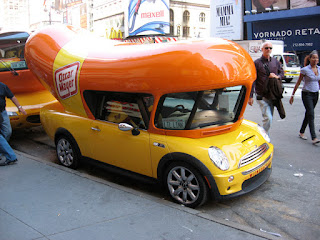 ...including this guy called Lil Link. 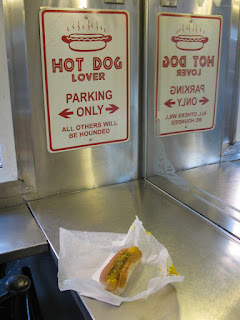 Rhode Island is quite fond of hot dogs, including this model from Providence's famous Haven Bros. cart. 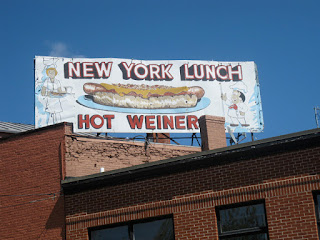 There's another kind of dog in Little Rhodey called the hot weiner, or New York System, which people from New York have never heard of.  It consists of a spicey meat sauced-covered frank, dressed three at a time upon the arm of the chef (until the state health department said that was unsanitary). 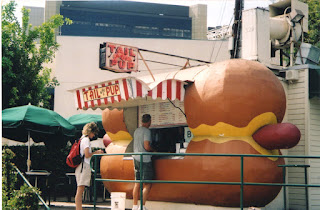 We were extremely fortunate to have dined at Los Angeles's famous Tail-O-The-Pup back in 2004. It went out of business in 2005 and was put in storage until 2014, when its new owners had it moved to Las Vegas for restoration and hopes for a reopening back in LA. Bravo to them...we never sausage a beautiful place. Click here for a nice video from the Vintage LA website all about it.
Posted by Gunnar and Sherry at 3:22 PM