A fine how-do-you-do in Connecticut 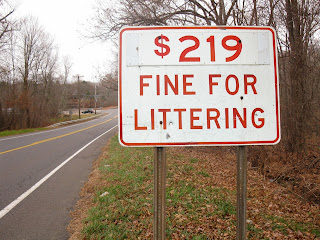 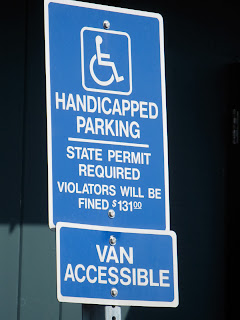 I've lived in Connecticut and Rhode Island all my life and if those two states were a comedy team, Connecticut would be Carl Reiner (earnest, intelligent, quick-witted and serious) and Rhode Island would be Mel Brooks (unpredictable, hilarious, and completely off the wall). So it comes as a bit of a surprise that no-nonsense, straight-laced Connecticut is a little wacky when it comes to imposing fines along the roadside. There seems to be an aversion to round numbers, as the two signs above attest: $219 for littering and $131 for parking in a handicapped space without a permit.

Reminds me of that bit from "Monty Python and the Holy Grail":


Three shalt be the number thou shalt count, and the number of the counting shall be three. Four shalt thou not count, neither count thou two, excepting that thou then proceed to three. Five is right out.


So, in Connecticut there's a fine line between the sublime and the ridiculous when it comes to fines, not to put too fine a point on it, and we're fine ones to talk.
Posted by Gunnar and Sherry at 5:41 PM

But this is what politicians love to do, argue and debate on weird laws and numbers to make it as if they do a lot. They love creating confusion to keep their buddies busy. There's no reason for this stupidity. Someone posted pictures of speed signs and one was 12 1/2 mph and the other was 24mph. Why? Who knows, nothing politicians do really makes sense.

This is all Fine with me.
And, speaking of Fine, this calls to mind the fine line from The Three Stooges when Larry Fine remarks that the place they chose to camp at is on good hunting grounds, because he saw a sign that said "Fine for Hunting".