I Goth You, Babe: The American Gothic sculpture of Trenton, New Jersey 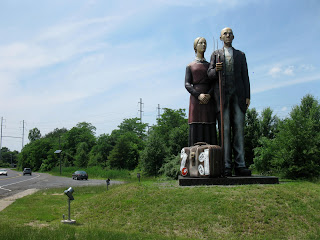 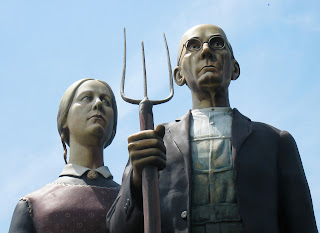 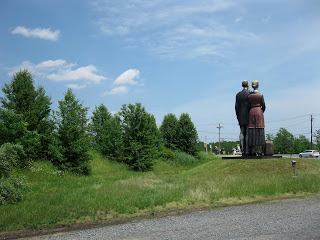 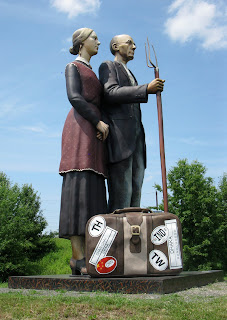 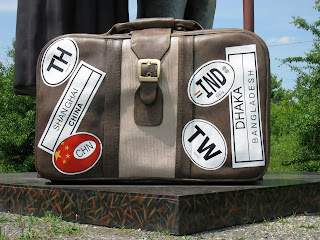 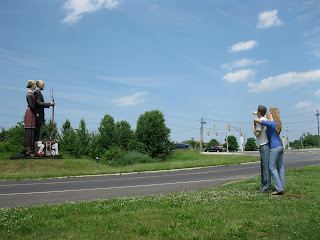 There's a terrific realistic sculpture of two normal-sized people across the street called "It's So Big!" 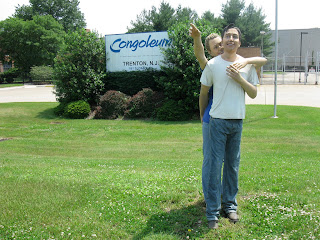 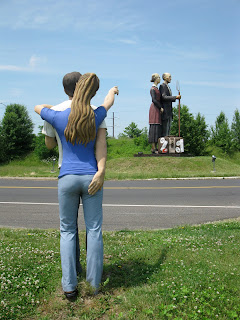 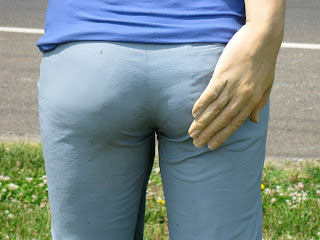 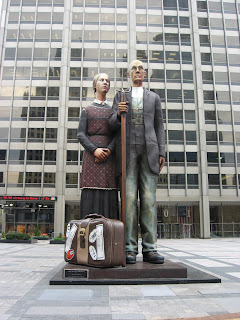 Seward's sculpture has traveled around. Here it is in Chicago. 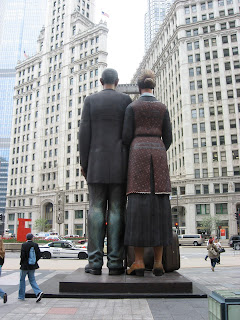 There's a renown sculptor named J. Seward Johnson who likes to work big. Really big. So when he decided to replicate Grant Wood's "American Gothic," he liberated the simple farm couple from their house backdrop and made them 25 feet tall and cast of aluminum. He also added a suitcase with travel decals from faraway places. Are the couple world travelers or is this a symbol of America's immigrant roots? You decide. A suitcase is also an appropriate addition because Mr. Johnson leases the sculpture out to different municipalities and it has traveled to several different locations, including Chicago, Indiana and Grant Wood's native Iowa. We were lucky enough to see it when it was on Chicago's Michigan Avenue back in 2009 so imagine the delight of seeing it again while passing near Trenton, New Jersey. There it sits near the Trenton train station and across from the Congoleum factory as part of the "Sculpture Along the Way" installations put on by The Sculpture Foundation. Across the street is another Johnson sculpture called "It's so big!" depicting a normal-sized man and woman gawking at the American Goths. This is a great visual effect because it gives a terrific sense of scale to the farm couple, and the regular-sized couple look extremely realistic (and a little bit randy) from a distance. Mr. Johnson is quite a hero to us eccentric roadside attraction fans, with his huge and wacky works of art that make you stand back and go "Wow!". We Goth to hand it to him.
Posted by Gunnar and Sherry at 7:31 PM

Finally that old couple get to leave the farm and see the world! Thanks for sharing, I'll keep my eyes open for 'em when we're on the road.