Every dog has his day: R.I.P. Gandhi 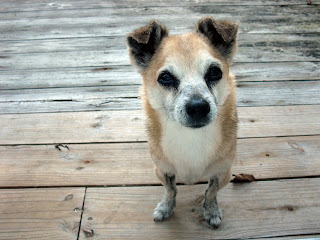 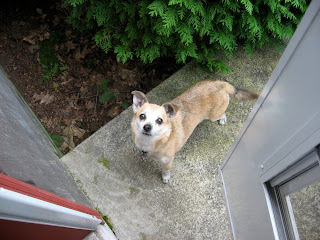 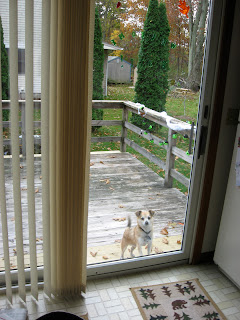 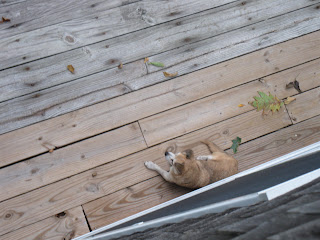 As part of his protection sevices, visitors had to go through Gandhi before they could see us. No exceptions. 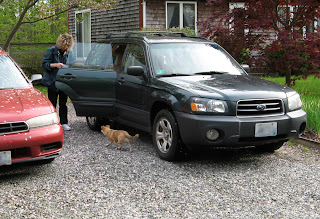 Here he is, giving our car the all-clear before taking off on a trip. 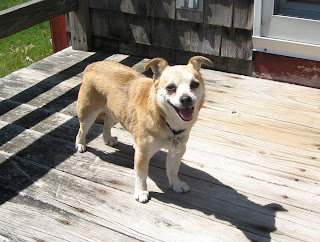 We're taking a slight detour of the eccentric highway to bid a fond farewell to a dear friend from the neighborhood. For the past several years, a little brown chihuahua mix named Gandhi has been keeping an eye on us and providing protection services to our humble abode. For this, we paid him the tribute of high-quality meat from the deli after attempts to compensate him with Liva-Snaps and other dry boxed treats were met with disdainful sniffs and dogged ground-holding until we caved. We nicknamed this little guy The Boss because he ruled the neighborhood with an iron paw and was always the alpha dog when much bigger dogs would join him at our door begging for treats. After returning from one of our long car trips, we knew we were home when he would run down the street to greet us and supervise the unpacking of our car. He had been ill the last year or so with a horrible-looking skin condition but he still came around occasionally with his same appetite. We got the news the other day that he had passed on and that makes us sad because he was such a comical character. So long Gandhi, old friend...make sure to keep things in order in little dog heaven and hold out for the deli meat.

Awwww, you can tell he was a quality character with that doggy grin in the last picture.

So sad to lose such good friends. I'm sure Gandhi is showing all those other dogs who's in charge now that he's over the Rainbow Bridge.

We miss you! Thank you for your years of friendship and service. Know you are in a better place!

Aww :o{
Sorry to read of your little friends passing.

It's hard to lose a Mayor. My condolences to your neighborhood, and rest in peace, Your Honor.

I'm sorry to hear about Gandhi. What a wonderful life he must have had with you.

Thanks, Debra. You, of all people, know how a little guy like that can tug at your heart.