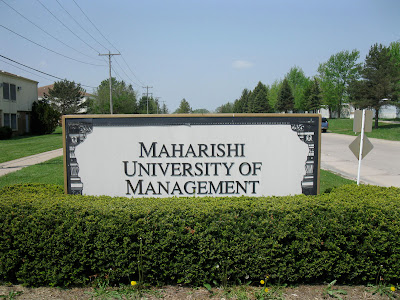 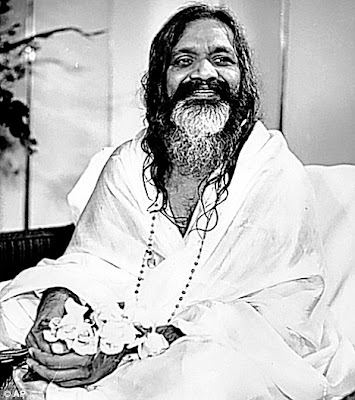 Maharishi Mahesh Yogi in the 1960s 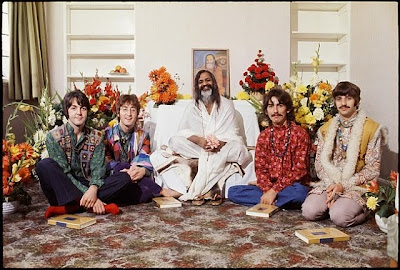 Guru-ga-joob: The Beatles and the Maharishi in 1967 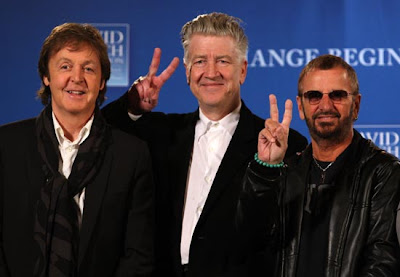 George Harrison remained a lifelong devotee of Transcendental Meditation, and as recently as 2009, Paul and Ringo did a benefit concert for David Lynch's TM foundation. 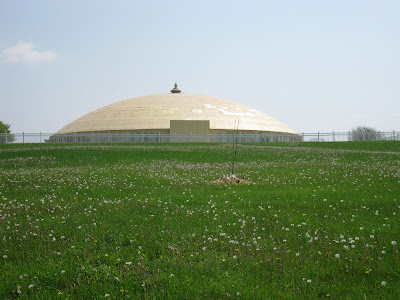 One of Maharishi University of Management's Om Domes (I made up that name...they don't really call it that). 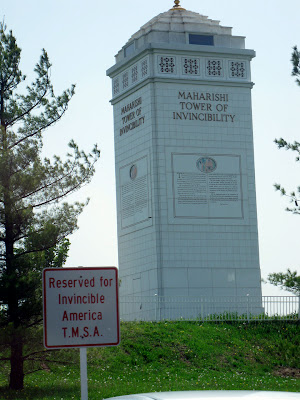 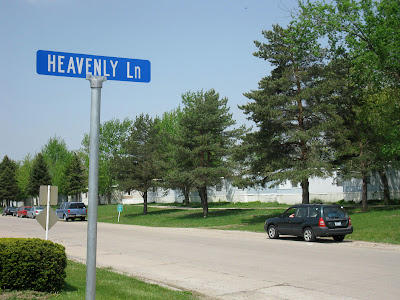 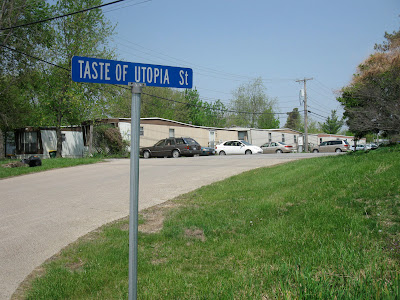 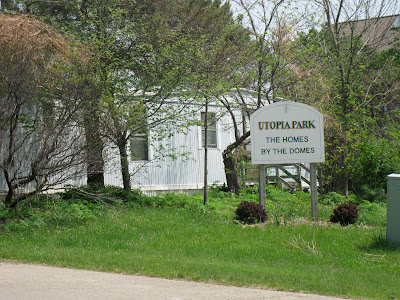 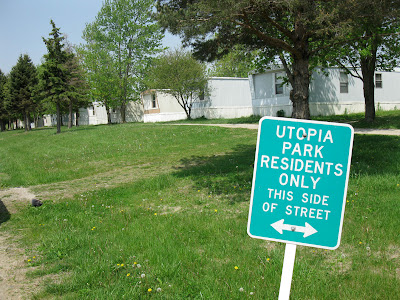 You might not think a small, bucolic, great plains town would be the location of a college devoted to the teachings of Maharishi Mahesh Yogi, the swami the Beatles had as their spiritual advisor back in the '60s, but you'd be chanting the wrong mantra, my friend, because, sure enough, Fairfield, Iowa is the home of the Maharishi University of Management (MUM). Originally conceived by Transcendental Meditation teachers and located in California, the University expanded drastically in 1973 when they bought the 272-acre campus of the recently out-of-business Parsons College, going so far as to demolish some historically significant buildings and erecting new ones using the architectural principals of Maharishi Sthapatya Veda. The campus' most distinctive structures are its twin, gold-topped domes for meditation: the Maharishi Pantanjali Golden Dome of Pure Knowledge for men and the Bagambhrini Golden Dome for women, where students are required to meditate and also learn principles of Yogic Flying (and they don't mean how to get a cartoon bear into an airplane). Despite the exotic themes, this is still an accredited college offering majors in Business, Computer Science, Literature and Art, and they've got a heck of a golf team, too. The food sounds good, too, if all-organic vegetarian fare is what you like. Watch out for the dress code, though, guys, because beards are only allowed for medical or religious reasons.

Sure, there are lots of great colleges out there, but where else can you arrive without traveling, see all without looking and do all without doing while earning a Communications or Physiology degree? Maharishi U: your Om away from home.

Posted by Gunnar and Sherry at 8:29 AM

Hey, thanks, Wendy. You make me feel guru-vy.

I'm confused.... Is this the guy who was the catcher for the Yankees? I thought the yankees didn't allow beards? Johnny Damon had to shave his when he played there. Yet, Ringo still has his.......?

Bill, I believe his famous quote was "When you come to a fork in the ashram, take it!"

Hey, I wouldn't mind getting a degree from here, but too bad it moved to Iowa from California, I'm here in Cali! I could really get down for the food too, that's right up my veggie luvin' alley