Long, long on retro laughs: Lucy and Desi in "The Long, Long Trailer" 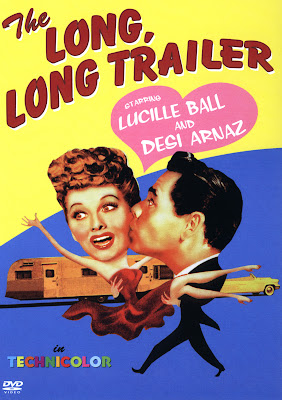 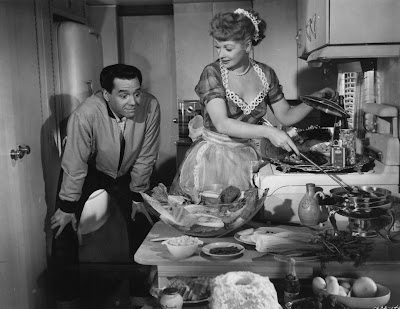 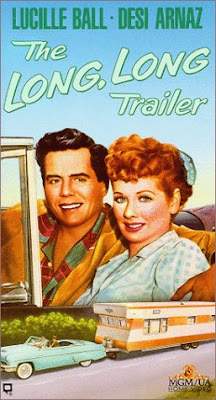 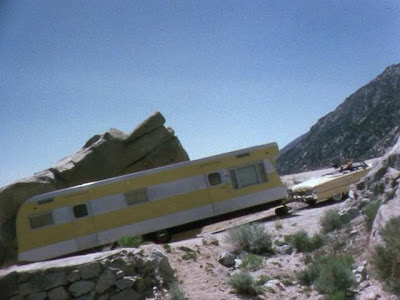 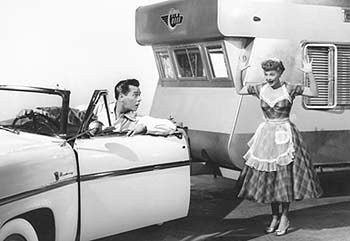 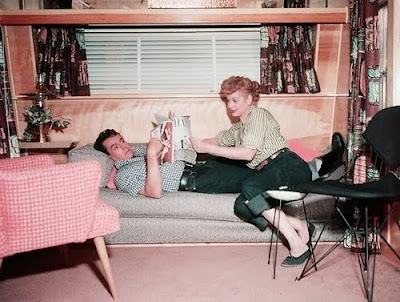 Lucille Ball would have turned 100 the other day and Turner Classic Movies, the best channel on TV, showed an absolute delight for eccentric roadside fans, "The Long, Long Trailer" in her honor. We'd seen it before, but this time marvelled and what a great, retro roadtrip of a flick it is. If you like the 1950s, "TLLT" has got it all: big cars (a gorgeous yellow 1953 Mercury Monterey convertible), great trailers (the 1953 40-foot yellow two-tone New Moon), great duds, fabulous scenery, and best of all, Desi Arnaz. For my money, Desi was always much funnier than Lucy, with his exaggerated expressions and reactions. Made on their hiatus from "I Love Lucy" in 1954 and directed by notable auteur Vincente Minelli, "TLLT" is basically Lucy and Ricky Ricardo (they're Tacy and Nicky Collini here) in a beautiful technicolor feature-length comedy. Newly married and at Tacy's insistence, a reluctant Nicky agrees to buy a trailer home that's too expensive, too big, too everything. They have to travel cross-country and encounter one disaster after another, including city traffic, nosy trailer park neighbors, getting stuck in the mud, and smashing up Tacy's relatives' house. Worst of all, Nicky has to drive the monstrosity up a treacherous winding Colorado mountain road. Lucy does her usual slapstick, but, really, it's all about Desi suffering. His eyes bulge, he mops his brow nervously, gets covered in muck and rain, and has post traumatic stress disorder-like flashbacks ("TRAILER BRAKE FIRST! TRAILER BREAK FIRST! AHHHHGGHH!!"). They did some gorgeous filming in Yosemite National Park and that nerve-racking mountain road scene was filmed on Mount Whitney in the Sierra Nevada mountains. And I think the movie is actually much funnier than "I Love Lucy" and it's in color!

So, if you're a fan of both Desilu and roadtrips like we are, watch out for "The Long, Long Trailer" on TCM or get it from Netflix. Otherwise, you'll have some splainin' to do.
Posted by Gunnar and Sherry at 1:09 PM

I have always wanted to see this! I am running right over to Netflix and putting this in the top of my queue. I'll probably be able to sympathize with their trailer experience. Unless you do it everyday, vintage trailering is HARD work!

That's such a fun movie!