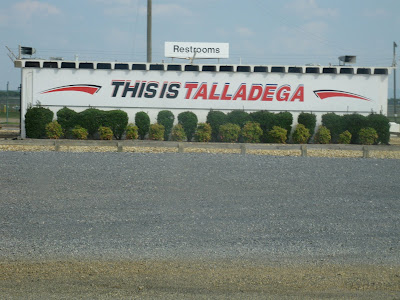 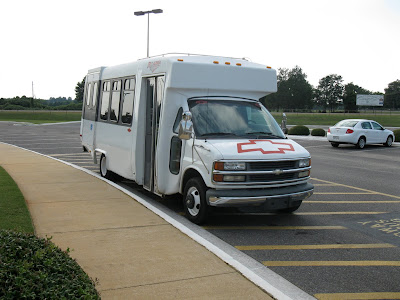 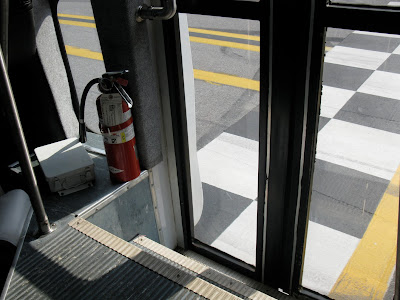 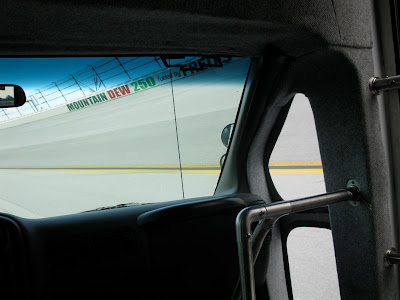 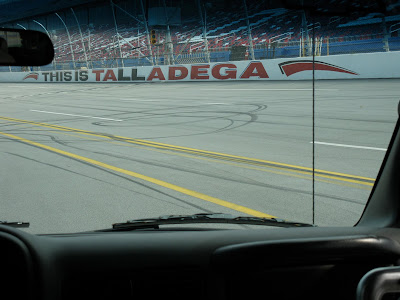 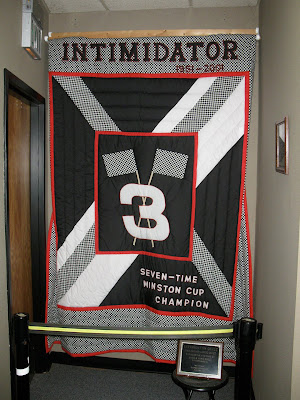 They've got a quilt sewn in honor of the late, great Dale "The Intimidator" Earnhardt 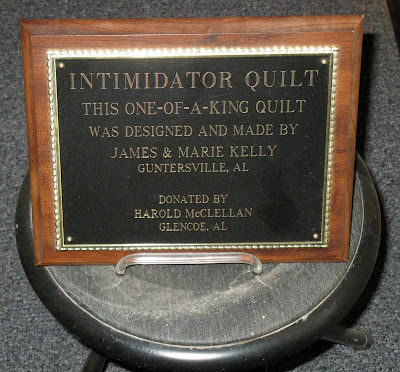 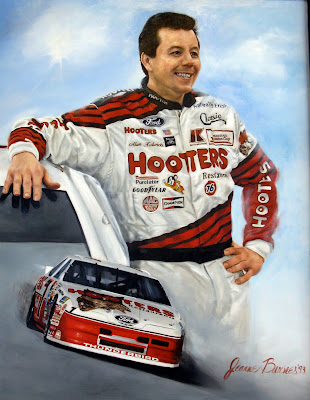 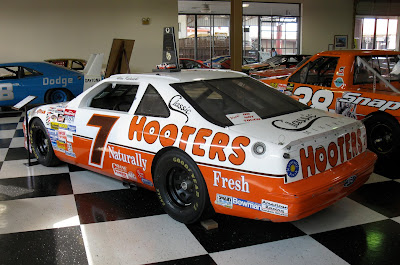 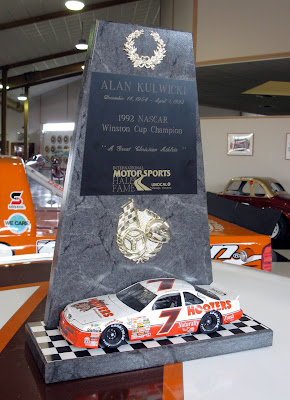 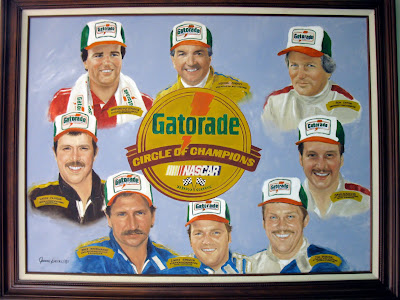 The Gatorade Circle of Champions 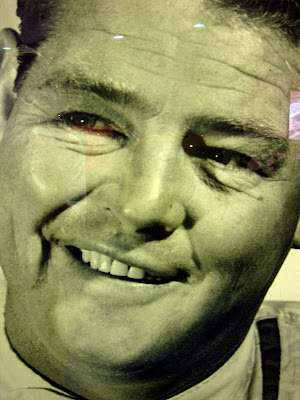 I love when big guys are nicknamed "Tiny"
The phenomenon of NASCAR is a force to be reckoned with and NASCAR wouldn't be NASCAR without Talladega Superspeedway in northeastern Alabama. It holds a few distinctions: it's the longest NASCAR oval track (2.66 miles), has the steepest bankings (33 degrees) and has the highest recorded speed of a stock car racer on an oval track (that would be your Rusty Wallace going 216.309 mph in 2004). Its design also makes for very dramatic (and tragic) upwards-of-20-car crashes, earning it the nickname "The Big One." I stopped by on a sweltering non-racing afternoon to poke around the museum and take a deluxe one-hour motor coach tour of the track (approaching speeds of nearly 30 mph). NASCAR is a national wonder but it feels especially appropriate to be here in the deep south soaking it all in, dadgummit. And for those of you reading this who are Will Ferrell fans, I'm afraid I haven't seen "Talladega Nights" yet, so I've got no clever references. Gentlemen, start your engines!
Posted by Gunnar and Sherry at 8:38 AM

Hmmm... Hootiz guy is a "Good Christian Athlete...." I guess Hooters, Inc. WAS right a while back when they tried to convince us the name wasn't about, well.... knockers. It IS about owls. (It seems they have since given up THAT ghost)

And while we are on the subject of myths - Race car drivers = athlete. Doesn't the car do all the work? The same relationship as the jockey and the horse? Astronaut and rocketship? Editor and designer/writer/photographer?

Bill, There's a car company in India called Tata. I think Hooters is missing an opportunity here with their sponsorship.

I'm not sure what side I'm on in the car racer-athlete debate. Dale Earhardt Jr. probably wouldn't do well playing for the Patriots. However, Tom Brady doesn't have to worry about being incenerated in the blink of an eye, either, so I'd say it's a draw.

And as far as photogs and editors go, I see myself as the back end of a two-man horse costume.