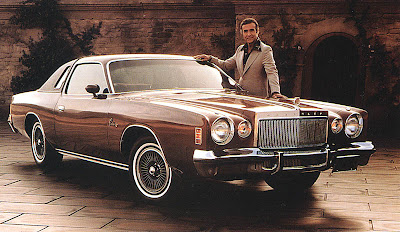 Before he was battling Captain Kirk as Khan, Ricardo Montalban was extolling the virtues of the 1976 Chrysler Cordoba...

...which you can still find at Fred W. Smith's. They've got a lot full of old Chryslers, Plymouths and Dodges 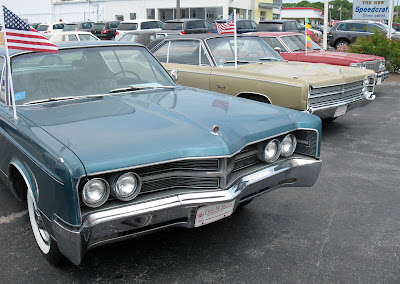 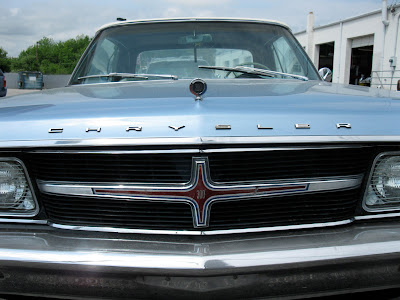 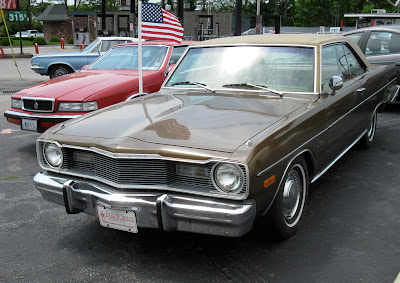 The Dart Swinger: If you were a swinger in the 70s, this was your car. 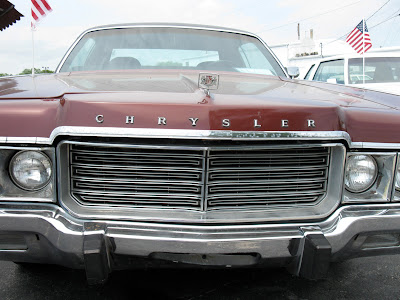 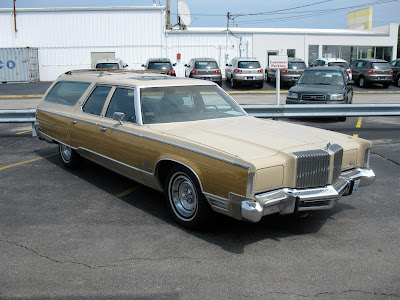 You could get all the Bradys, as well as the entire casts of My Three Sons, Family Affair, Nanny and the Professor and Bonaza in this Imperial wagon. 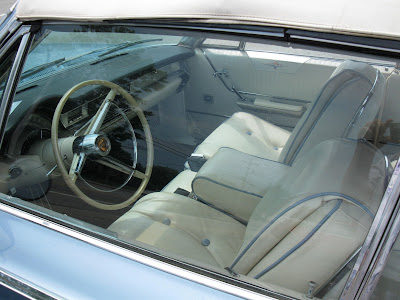 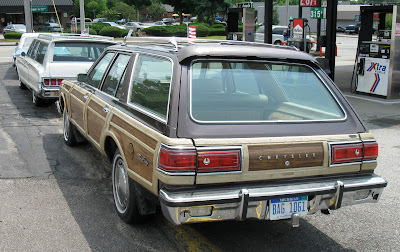 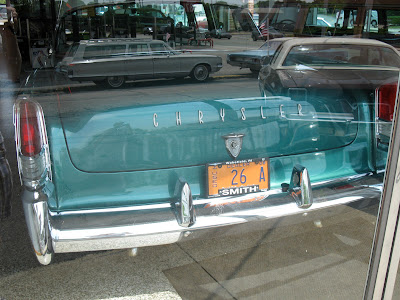 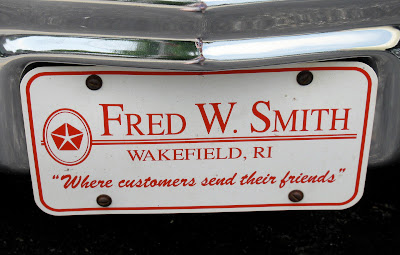 Our kindred roadside spirit RubberatRoad 's post about a Chrysler LeBaron reminded us about an eccentric roadside attraction we came across close to home: the Fred W. Smith vintage Chrysler dealership of Wakefield, Rhode Island. Wakefield's Tower Hill Road is a typically busy main drag, with fast food joints, gas stations and strip malls. Typical, that is, until a lot full of 1970s Cordobas, LeBarons and Imperials induces a neck-craning double-take. The name Fred W. Smith has been on the shingle of Rhode Island car dealerships since 1916, but a Mr. Bill Jeffrey is the proprietor of this retro establishment, and his passion, you may have guessed, are Chryslers from the Kojak era. These brown, Landau-roofed land yachts seem huge in a way different from today's oversized SUVs and they possess an aggressive attitude, as if they're saying "what are YOU lookin' at?" I remember these boats from my teenage years and how badly their owners suffered during the first gas shortages of the 1970s. Deja vu all over again. So get out your powder blue double-knits, grab your Peter Frampton eight-tracks and head down to Fred Smith's. And tell them Ricardo sent you.
Posted by Gunnar and Sherry at 7:25 PM

You could darn near make a condo out of that station wagon!

Hmmmm, maybe I'll take a cue from those railroad car motels and build a car-condo village ;)

OMG that's GREAT!!! Like a life size Matchbook Car collection for all of us to enjoy!

G&S - It's really great that this gentleman is preserving this little slice of automotive Americana. Certainly, it includes some of the most misguided vehicles Chrysler ever launched, but they are important objects in appreciating our culture during the late 20th century. Nice post!

Jeffrey: Yes, it really seemed like Chrysler didn't have their act together very well in the mid-70s, making these cars all the more eccentric.

Hi there. Just found your blog and it's very interesting indeed. Glad I found you. Now I'm off to look over the archives. Love what I see so far.

Great to see the Dodge Swinger. I learned to drive on it's sister vehicle- the Plymouth Scamp. Same car - not as cool a name. I definitely was more of a Scamp guy, whereas I can see a cool dude like Mr. Roarke toolin' around in a Swinger. Swinger that he was. You remember he did retire to the tropics. I can see him and Barbi Benton cruising Fantasy Island now - with Tattoo in a car seat in the back. Hervé Villechaize- now, he's a Scamp guy. No. On second thought - a Swinger!

Bill, I could also see Herve in a Plymouth Duster, as well as Sonny Bono in a Plymouth Arrow and Charo in a Dodge Omni. Coochie coochie!

I had a 79 T&C back in the day. Wish I could afford to buy another one.