I'm gonna live forever: Some Halls of Fame seen along the way 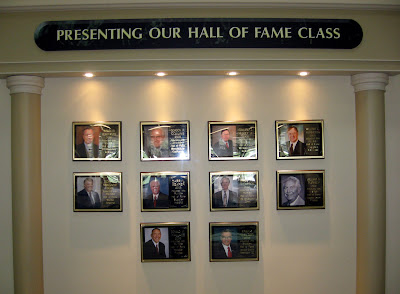 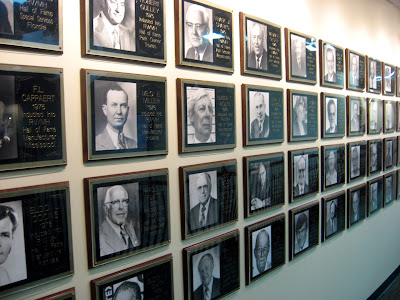 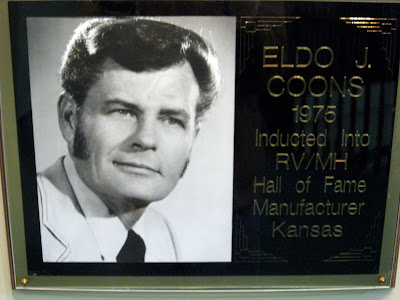 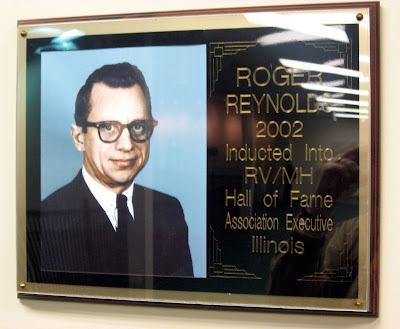 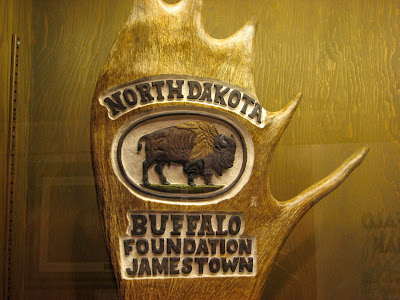 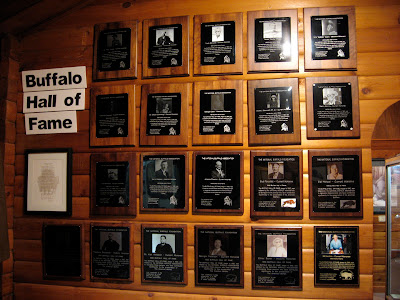 Jamestown has the world's largest buffalo statue, the National Buffalo Museum and, of course, the Buffalo Hall of Fame.
THE OHIO BAND DIRECTORS HALL OF FAME
Akron, Ohio 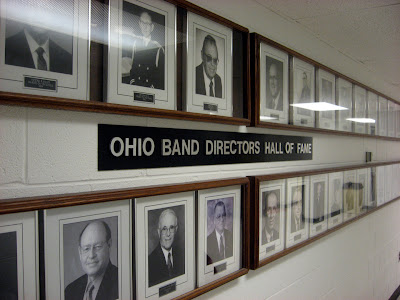 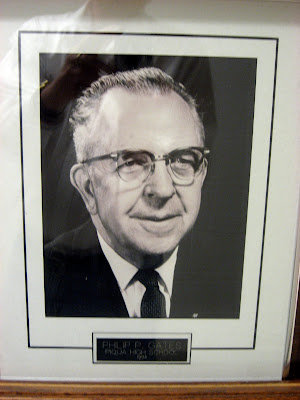 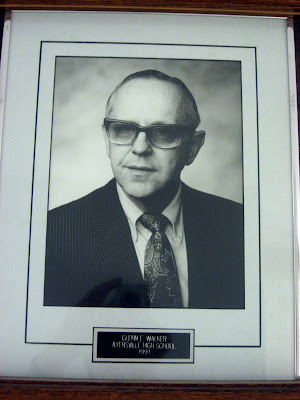 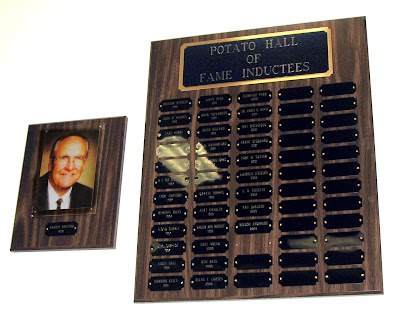 Ricahard Polatis and Daniel Polatis were inducted in 2009.
One of the pleasures of stopping at eccentric roadside attractions is unexpectedly coming across a Hall of Fame devoted to an unusual subject. Potatoes, RVs, Ohio bands and buffaloes may not seem to have much in common but each has a Hall of Fame in its honor with a wall of inductees' plaques proudly on display. What I'd like to see is a Hall of Fame Hall of Fame with all the best Halls of Fame honored with wall plaques. Kudos to all the honorees in these hallowed Halls. You've done your field proud and, even though it's an honor just to be nominated, to be in the rarefied air of the cream of your chosen crop is an even bigger accomplishment. Light up the sky like a flame...baby, we'll remember your name.
Posted by Gunnar and Sherry at 3:49 PM

Eldo J. Coons could probably do double duty in the Muttonchops Hall of Fame as well.

The folks in the photos are so deliciously nerdy! Love it! :D

I noticed Eldo right away, and, without reading the plaque, thought he was a B-list movie star from the fifties whose name I should remember but don't.

Fuzzy: Wow, the Muttonchops Hall of Fame! Now that's a attraction I'd go out my way for. Perhaps it should be in Engelbert Humperdink's home town.