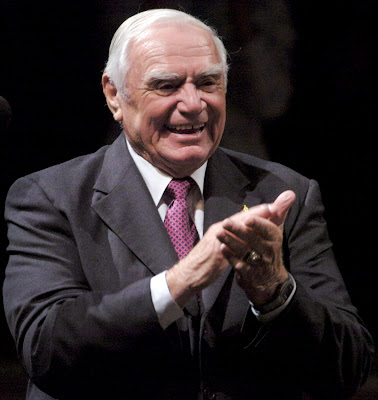 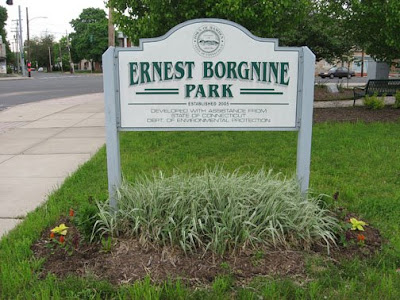 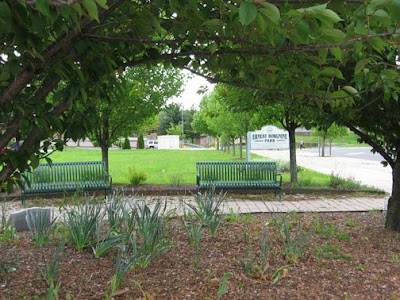 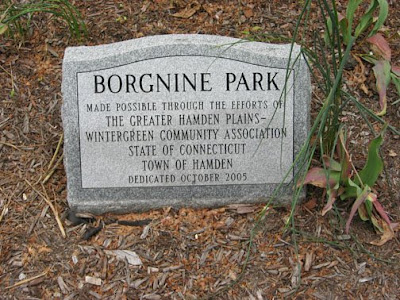 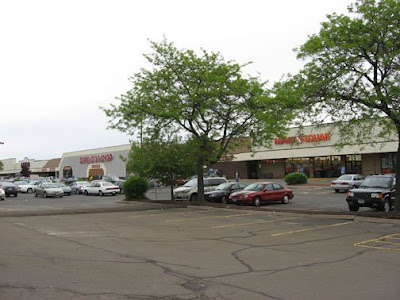 Ernie's Hamden park is in the Stop & Shop parking lot.
I grew up in the town of Hamden, Connecticut, a suburb to the north of New Haven. It was a nice place to be a kid and has a lot going for it as a town. A few famous people are from Hamden, including Eli Whitney, inventor of the cotton gin, and Thornton Wilder, author of Our Town. And Dwayne "The Rock" Johnson went to elementary and junior high school in Hamden. But I'd like to focus on my favorite Hamden native, Oscar-winning actor Ernest Borgnine. Ernie, as his friends know him and who isn't a friend of Ernest Borgnine, was born in 1917 and lived in Hamden, North Haven and New Haven, Connecticut before serving in the Navy for 10 years and then hitting it big in show biz, first with a supporting role in From Here To Eternity and then starring in Marty, his Academy Award winning performance. He's played hundreds of parts but is perhaps best known as lovable Commander Quentin McHale in TV's McHale's Navy. Ernie never forgot where he came from and makes frequent trips back to his home town. He's 92 but looks and acts like he's in his 60s. Hamden honored him in 2005 with a small piece of land in the corner of a shopping plaza parking lot. Ernest Borgnine Park sits at the intersection of busy Dixwell and Putnam Avenues, and while it's nice, it would be even nicer if they had a statue or some sort of explanation as to who Ernie is (although, I suppose, if you're Ernest Borgnine, you don't need an introduction). I read that there was a path somewhere in town with a sign calling it Ernest Borgnine Way but it was later replaced with a sign that says "Please clean up after your dog." 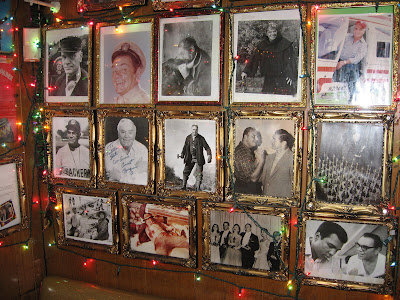 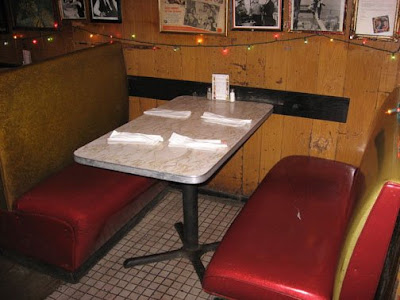 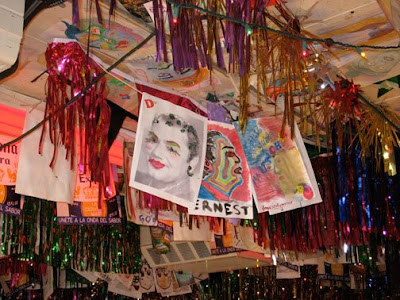 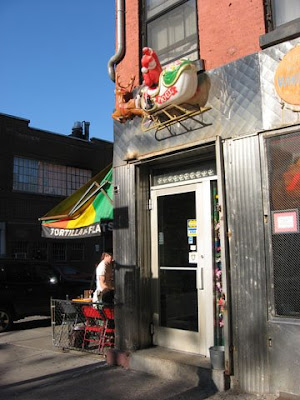 It's a nice place to get a burrito, too.
They're crazy about Ernie at a Mexican restaurant in New York City, too. Tortilla Flats, on Washington Street near West 12th, has a shrine to Ernie around the fabled Borgnine booth, where Ernie has sat. Once a year they have an Ernie festival, where contestants compete in a Marty line-reading contest (a pair of English twins won one year). Why they are so wild about Ernie isn't exactly clear except, well, why not? Ernie is a living legend and a real nice guy. Check out this segment CBS Sunday Morning did about it:

Also, check out the Tortilla Flats website: http://www.tortillaflatsnyc.com/index_home.html and always remember the importance of being Ernest.
Posted by Gunnar and Sherry at 7:10 AM

Ohhhh, I just added Tortilla Flats to my big "to do" list! I love their ove for Ernie :)