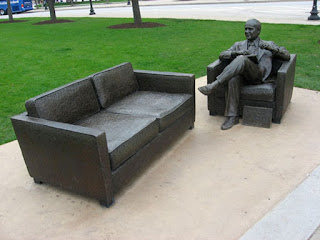 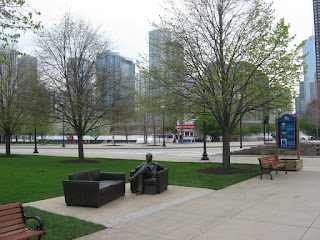 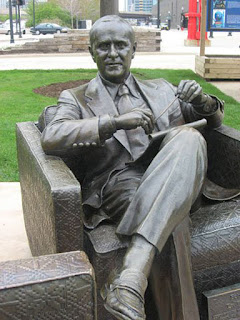 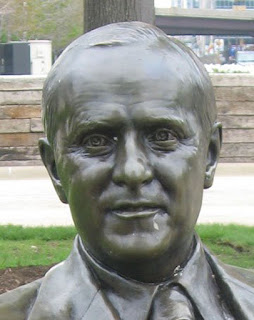 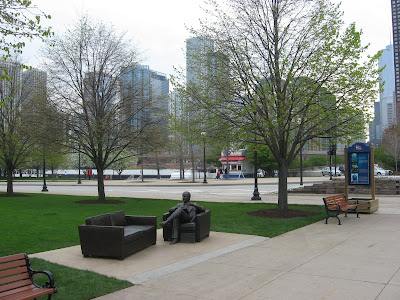 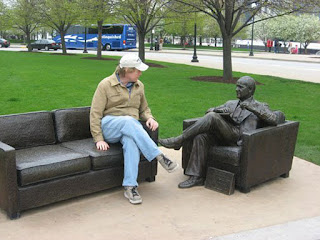 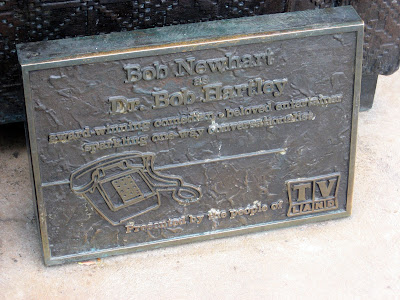 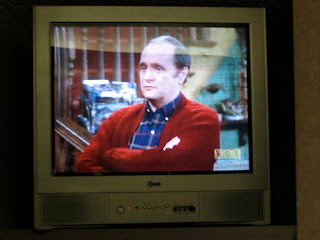 We were able to catch Bob on our motel TV a couple of nights later, although it was Newhart and not The Bob Newhart Show.

When it comes to comics, Bob Newhart is one of the all-time greats. His wit is razor-sharp and arid-dry but it is delivered by an everyman who looks like your next-door neighbor or your Uncle Bill at the Thanksgiving dinner table. One of my favorite quotes of his is "I don't like country music, but I don't mean to denigrate those who do. And for the people who like country music, denigrate means 'put down'." Kanye West was recently quoted saying he thinks it's ridiculous that Bob Newhart has more Grammys than he has. Maybe Kanye has been under Grammy-appreciated, but Bob did deserve the three Grammys he won, including Album of the Year(!) in 1961 for The Button-Down Mind of Bob Newhart. He also starred in two classic TV sitcoms: The Bob Newhart Show (the psychiatrist/Suzanne Pleshette one) and Newhart (the Vermont/Larry, Darryl and his other brother Darryl one). The TV Land network saw fit to pay tribute to him with a statue in his native Chicago, also the location of The Bob Newhart Show. Dr. Bob Hartley is depicted in a lovely park in front of the Navy Pier section of town with a nice view of the spectacular Chicago skyline behind him. If you like, you can even pretend to be Mr. Carlin on the empty 1970s-patterned sofa next to Bob (although either Bob is slightly smaller than life-size or I've gotten huge). So here's to you, Bob. Nobody deserves a statue more.
Posted by Gunnar and Sherry at 5:27 PM

Yes, I think I might have a superiority complex...

Huge fan of Bob. Especially when he's on the phone...